Is there a WoA installer for Pi4B yet?

No ,they are no 64 bit uefi for pi 4 because other boot way

Just wondering has anyone had any progress with this?

Issue: Support for the Raspberry Pi 4 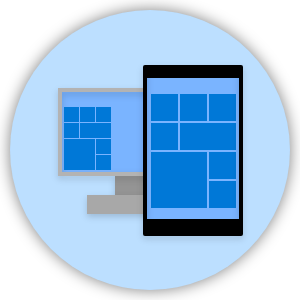 Can anyone comment on what this means for windows 10 /pi 4?

Early UEFI support for the Pi 4. It can’t boot Windows yet.

You guys could try a near-native speed virtualized Windows 10 guest on the Pi4 ahead of waiting for the bare metal project to be updated?
https://www.raspberrypi.org/forums/viewtopic.php?f=56&t=248345

I replied to the post asking for a follow up. Thanks for telling us about this guide!

Will we still have a problem with usb?

THats a vm, i mean if it recognizes the usb chip and it installs drivers or drivers avalable in the web

is the rpi4 recovery.bin only a datafile, only to fix the bootloader or is there any code inside executed after loading (like code to flash the eprom)?

Hi Gilius, i was following the instructions, however i dont have /dev/kvm and QEMU is complaining. I deviated from the guide thow as i was burning the image to both SD and USB-SSD and then setting root=/dev/sda2 (the USB-SSD). Could this be the root cause of the issue? Any idea how to fix this?
Thanks!

Only a few distros have KVM enabled - I would recommend a clean install of Gentoo as this is by far the best one besides Raspbian (32-bit; no KVM) and Ubuntu (need to build a new one to get 4GB of RAM):

Gentoo also works on the Pi3 B+, which can also be used to test KVM.

Besides the Pi, phones are even more difficult to run Windows 10 - but there are reports that Samsung S8 can do it with a recompiled kernel (one of the few that actually does compile out of the box) and possibly the Huawei P20 Pro using a forked Kirin 970 kernel. Sadly, I heard most Snapdragon phones have EL2 hypervisor mode locked down - but there’s very little data based on the fact that this has yet to take off.

I am hoping that on October 2nd Microsoft may reveal something big in terms of new devices and an operating system that may take us closer to running Windows 10 on embedded devices.

Thanks! Going to try with Gentoo now. On a first check, KVM seems to be available and working.

Quick update. I have Windows 10 running now under Gentoo using QEMU/KVM. Runs pretty nice and stable. Without GPU driver Direct3D apps are relatively slow, as everything is done on the CPU. Quick check with SNES9x, which is unsing Direct3D for gfx output shows that it runs slightly below 60fps for example.
Does anyone know how to increase the screen resoluition for the target system in QEMU? The EFI seems to support only resolution up to 1024x768.

I don’t know. I only know that the resolution increases when connecting via RDP.

Any developments?
Happy new year’s to you chinese and australian people